Today, though, there are newer types of battery cells available – most notably the 20700 and 21700 cells. That makes your decision a bit more complicated because you’re not just choosing between an internal-battery mod and one with a removable battery; you also need to choose which type of battery you want your device to support. That may not be the easiest thing in the world if you’re new to removable lithium-ion batteries, so we’re here to help. If you’re stuck trying to understand the differences between 18650, 20700 and 21700 batteries and aren’t sure which type of cell your next vape mod should use, this overview will help you decide.

What Do the Different Battery Numbers Mean?

On the surface, the numbers that people use to identify the various lithium-ion batteries might appear a little arcane. After all, it’s just a series of numbers -- and as you know, the model numbers for electronics often make little sense except to the engineers who designed them. In the case of lithium-ion batteries, though, the model numbers do have a purpose because they denote the sizes of the cells. The first two numbers refer to the battery’s diameter, and the second two refer to its length. An 18650 battery, for instance, has a diameter of 18 millimeters and a length of 65 millimeters. A 21700 battery, meanwhile, has a diameter of 21 millimeters and a length of 70 millimeters. Based on that information, you’ve probably already surmised that a bigger number indicates a larger battery cell – and you’re correct.

For a long time, the comparison between 18650, 20700 and 21700 batteries was irrelevant because 20700 and 21700 batteries didn’t exist yet. Although other battery cell sizes are also available, the 18650 cell has traditionally been the most popular type for rechargeable devices ranging from flashlights and notebook computers to vape mods and even electric cars. The 20700 cell is slightly newer and offers higher energy density compared to the 18650 cell. For a while, it looked like the 20700 cell might come to rule the vaping industry one day. At one point, there was even news suggesting that Tesla was considering switching from 18650 to 20700 batteries in its electric vehicles.

Instead of switching to 20700 batteries, though, Tesla began producing the new 21700 cell developed in collaboration with Panasonic. Tesla’s vehicles began using 21700 batteries in 2018, and the cell is now available from a variety of manufacturers. 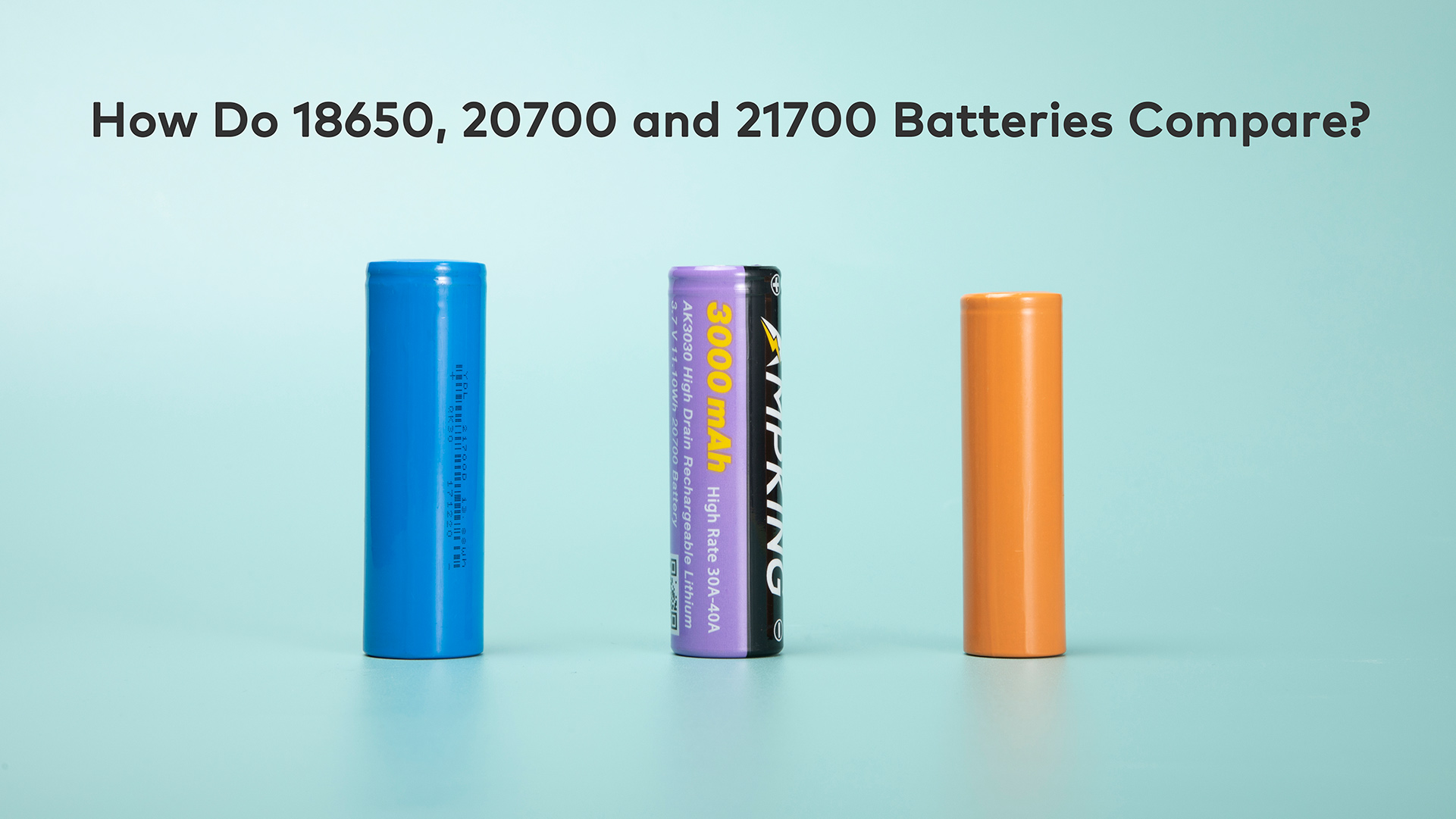 The primary benefit of buying a 20700- or 21700-based vape mod is that the larger battery cells offer increased energy storage and the ability to operate at higher wattages.

Switching from an 18650 mod to a 20700 or 21700 mod gives you a better power range and superior battery life, but the increased capabilities do come at a cost in that a vape mod with a larger battery cell is naturally larger and heavier.

On the other hand, suppose you’re currently using a vape mod with two 18650 batteries. In that case, switching to a 21700-based device may make it possible for you to use a single-battery mod instead of a dual-battery mod. Your new device will actually be smaller and lighter than what you’re currently using – and since the 21700 cell offers higher energy density, you’ll only have a slight decrease in total battery life.

Are you thinking about buying your first removable battery vape mod or upgrading to a new device with support for 20700 or 21700 batteries? Here are the Innokin vape mods that might be good fits for you. 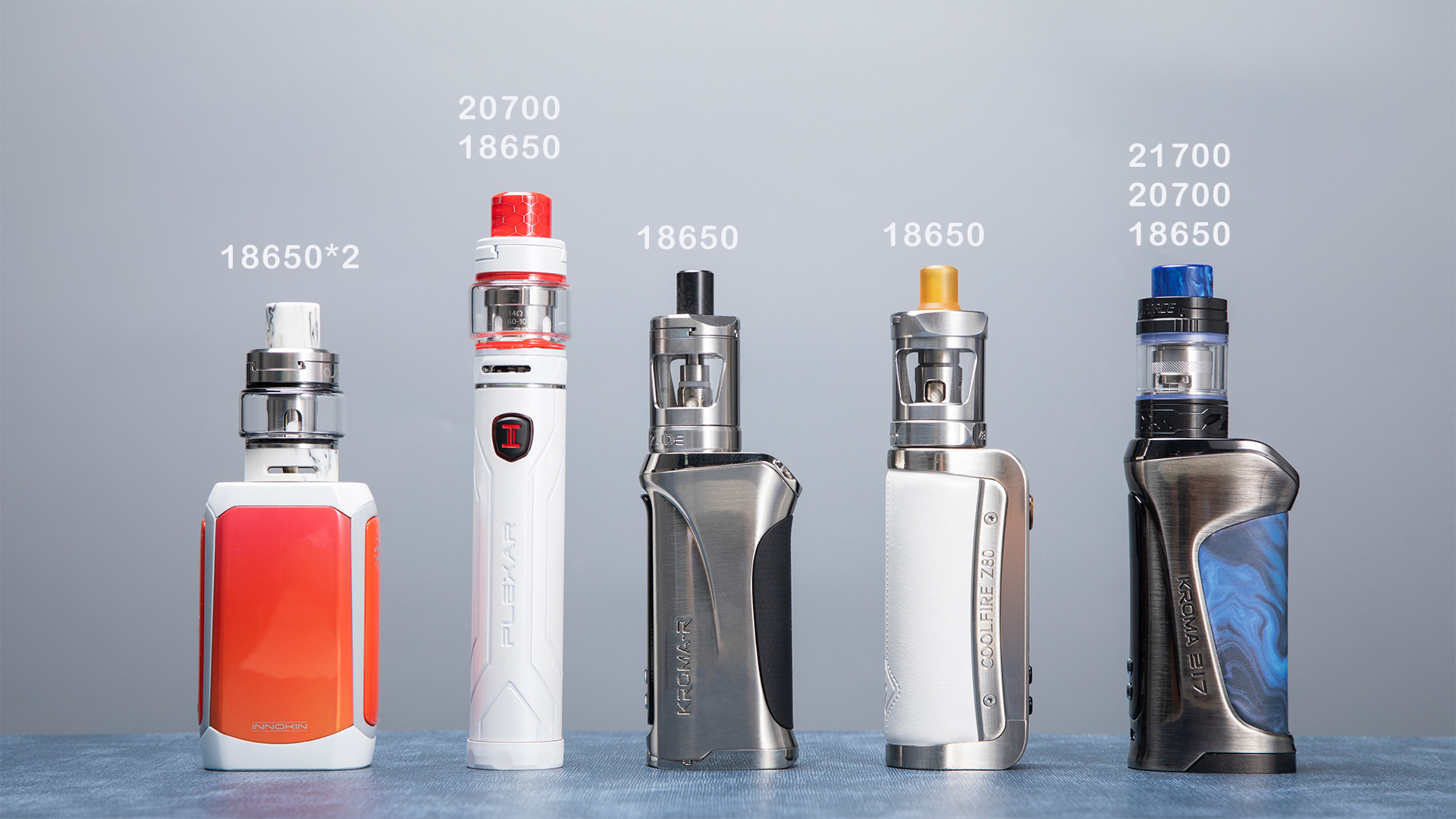 What Are the Most Important Things to Know When Buying a Vape Battery?

When you shop for vape batteries, you’re going to see a wide array of specifications and other information – and if you’re unaccustomed to buying batteries, some of those specifications may not make a lot of sense to you. In this section of the article, we’ll make things a little simpler by explaining the two specifications that are of the greatest importance. When you’re buying a vape battery, these are the only things you really need to know.

One important thing to remember about mAh and CDR is that they’re related inversely to one another. In other words, a battery with a higher capacity needs to be used at lower amperages in order to avoid overheating.

When you shop for vape batteries, you may also see a third statistic: Pulse Discharge Rating or PDR. The PDR indicates the maximum current that a battery can safely deliver in brief pulses without overheating. The PDR will always be higher than the CDR. We don’t recommend buying a battery based on its PDR because there is no universal standard for the exact length of a discharge that constitutes a “pulse.”

Always Buy Your Vape Batteries from a Reliable Seller

We’d like to conclude this article by discussing the important things that you need to consider when shopping for a vape battery. You may have noticed that, when discussing 18650, 20700 and 21700 batteries and how those batteries specifically relate to vaping, we’ve referred to them as “vape batteries” rather than “lithium-ion batteries.” That’s because lithium-ion batteries – particularly the extremely popular 18650 cell – are available with many different chemistries and physical designs. They aren’t all compatible with vape mods.

Some 18650 cells have button tops rather than flat tops and won’t fit in most vape mods. In addition, some cells have chemistries selected for the best possible battery life and aren’t suitable for high-drain applications like vaping. If you buy a battery designed to supply continuous low-amperage power in a device like a computer or a flashlight, you’re likely to be very unhappy with the battery’s performance in a vape mod. If you’re not sure what the right battery for your needs is, we strongly recommend going to a vape shop and buying a battery specifically advertised for use in vape mods.

The other important thing to know about buying vape batteries is that you should always buy from a source you know and trust. The outer cover of a lithium-ion battery is nothing but a piece of heat-shrink plastic tubing. It’s possible – and sadly quite common – for dishonest sellers to recover old battery cells from laptop computers and electric cars and re-wrap the batteries to make them look new. If you buy a discounted battery from an unknown seller, you could end up with a re-wrapped cell that won’t come anywhere near the advertised performance. Re-wrapped batteries are potentially very dangerous, so buying your batteries from a trusted seller is extremely important.