Now is not the time to tax e-cigarette liquid 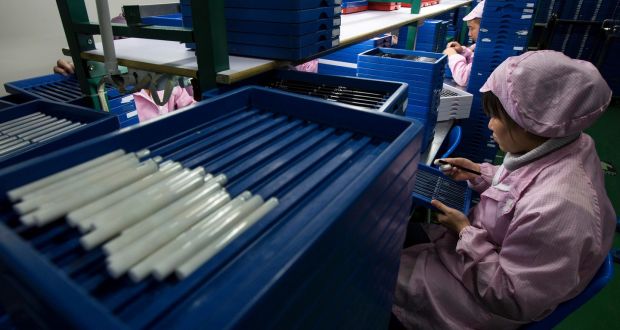 e Government has been urged to add a tax to the liquid used in e-cigarettes (vapour) products. But it is a recommendation that, in the interest of both health and economics, should not be implemented.

Though it should go without saying, it is still worth reiterating that smoking is an extraordinarily huge and unnecessary cause of death and disease. Cigarettes claim the lives of roughly half of long-term users. Policy measures to reduce smoking continue to be one of the most effective, and cost effective, measures we have to improve global health. And to date no other intervention has had nearly the impact of cigarette tax increases, which result in fewer smokers consuming fewer cigarettes.

But no policy intervention is without unintended consequences and, as important as tax policy has been in reducing smoking rates, there are issues worth addressing. An obvious one is that since obtaining nicotine through inhalation of smoke is so addictive, taxes sometimes create incentives for those unable to quit to turn to contraband product.

They can also place already- disadvantaged people who cannot forgo nicotine at an ever greater overall economic disadvantage which further impacts their health.

Recognising, as did General George Patton, that “there is no such thing as an obstacle, only a new opportunity”, both health knowledge and economic policy can help us overcome these unintended consequences. In fact, they can help us achieve much greater public health gains in the process.

From the standpoint of health, we know that there is a vast differential in risk depending on how nicotine is consumed. Simply put, people smoke cigarettes for the nicotine but die from smoke. Our bodies are not designed to inhale it without severe consequences. If we could simply move smokers to far less hazardous but consumer acceptable non-combustion alternatives we would see an enormous improvement in health.

Until recently the cigarette trade has had a virtual “nicotine maintenance monopoly” – anyone who wanted nicotine on an ongoing basis had little choice but cigarettes. But that changed with the introduction of disruptive technology that allows nicotine to be delivered in a vapour rather than via smoke. How much less hazardous are e-cigarettes?

According to a comprehensive look at the evidence by the UK’s Royal College of Physicians: it is not possible to precisely quantify the long- term risks, but the available data suggests they are unlikely to exceed 5 per cent of those associated with smoked tobacco products, and may well be substantially lower.

So, the potential gains from vaping are tremendous. But how might we get smokers to switch? This is where economics comes in. People respond to price signals; not just absolute price, but relative prices. Tax policies that ensure cigarettes are at a marketplace disadvantage compared to vaping facilitate more switching.

The advent of products like e-cigarettes means smokers are finally being offered a viable alternative to total abstinence, or indeed are given a more viable route to becoming nicotine free. To date, though simply increasing taxes reduces total smoking, the overwhelming majority of those motivated to try to quit are unsuccessful. That is because the cessation of cigarettes has also meant abstinence from the nicotine to which they have a dependence. Alternative nicotine products help solve this by giving many smokers an acceptable way to de-link the nicotine and inhalation of the toxic smoke.

So, we should say yes to health-focused cigarette taxation. But yes, too, to giving smokers a viable alternative. Then, maybe, when vaping products have replaced cigarettes there will be a basis for taxing them. Especially if even less hazardous products are then competing.

David Sweanor is with the faculty of law and the centre for health law, policy and ethics at the University of Ottawa. He co-authored a commentary in theNew England Journal of Medicine in 2015 entitled Differential Taxes for Differential Risks – Toward Reduced Harm from Nicotine-Yielding Products. He has worked on tobacco tax policies since the 1980s.