Coughing or Sore Throat from Vaping? Here’s What to Do

Tens of millions of people around the world have used vaping to help themselves quit smoking, and the main reason for that is because vaping is pleasurable in ways that other forms of nicotine replacement aren’t. People don’t just smoke cigarettes for the nicotine; they also smoke because they enjoy it. If the only reason why people smoked was to satisfy their nicotine cravings, smoking would have become extinct as soon as the first nicotine gum appeared on the market. Vaping works because it bridges the gap between smoking and traditional forms of nicotine replacement.

The reason why we’re saying these things is because there are some people in the world for whom vaping isn’t as pleasurable as it should be. Those people find that they experience a sore throat from vaping or that vaping makes them cough. A vaping sore throat or cough isn’t normal at all, and it can suck all of the enjoyment out of your experience.

We don’t want that to happen – so in this article, we’re going to provide some advice that can help you get to the root of the problem. We’re going to explain how to cure a sore throat from vaping, and we’re also going to talk about the possible root causes of a vaping cough and describe the things that you can do to make vaping as enjoyable as it’s supposed to be.

Your Nicotine Strength Is Too High

Did you find yourself asking, “What is salt nicotine?” when reading the information above? Click the link for a primer on nicotine salt e-liquid.

You’re Using the Wrong VG/PG Ratio for Your Needs

Vegetable glycerin (VG) and propylene glycol (PG) are the two bases that are used to make e-liquid. In a typical bottle of vape juice, only about 10-15 percent of the contents are flavors and nicotine. The rest is a blend of VG and PG. VG and PG have different properties. VG tends to produce bigger vapor clouds, for instance, while PG is a better carrier of flavors.

Because VG and PG both have desirable characteristics, e-liquid tends to contain a blend of both. PG does have one characteristic, however, that some people don’t enjoy: it tends to create a slightly scratchy sensation in the throat. Some people interpret that sensation as a satisfying throat hit. Others, though, interpret it as throat soreness. If you fall into the second group, you should consider trying an e-liquid with a higher percentage of VG. It’s even possible to find e-liquids containing no PG at all. 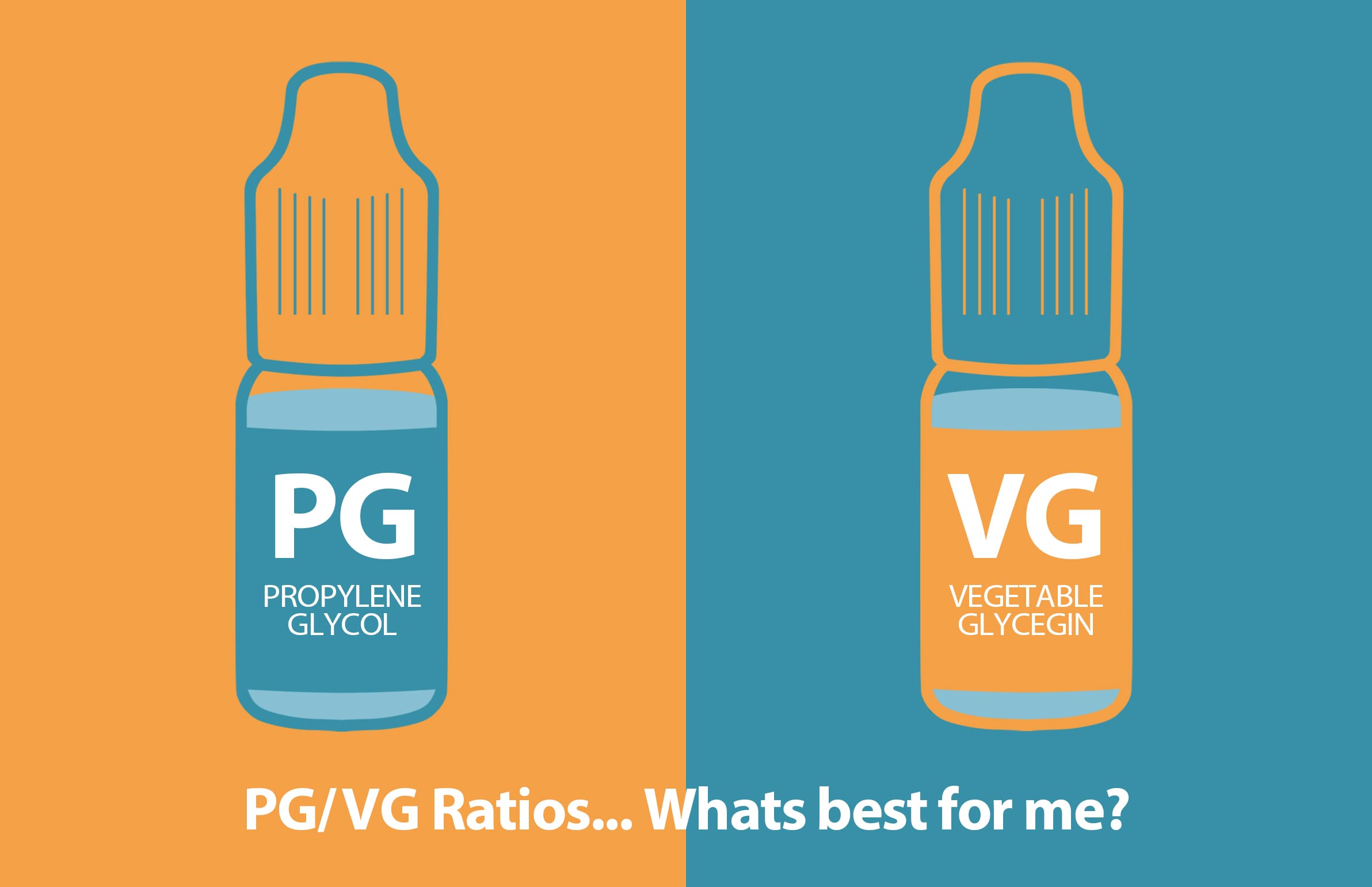 Your Vape Cough Could Be a Side Effect of Quitting Smoking

Many new vapers make the commitment that they’re going to stop smoking for good as soon as they buy their first vaping devices. It’s common, though, for long-term smokers to temporarily experience increased coughing when they first quit smoking. That’s often true even for those who switch directly from smoking to vaping. The increased coughing happens because the cilia in your lungs become more active when you’re no longer filling your lungs with smoke. Your lungs immediately start working to clear out the tar, and that causes you to cough.

With that in mind, a “vape cough” that occurs when you first stop smoking may not actually have anything to do with vaping at all. If you’re concerned that the coughing may be a sign of a more serious problem, you should speak to your doctor. Otherwise, you most likely have nothing to worry about. The coughing should subside after a few days.

One of the most important things to know when you shop for your first vape kit is that a vaping device can be designed for either mouth-to-lung or direct-to-lung inhaling. When you look at the devices that we manufacture here at Innokin, you’ll notice that our product descriptions always explain what the devices’ intended inhaling styles are. That way, you’ll be certain that the device you ultimately end up buying will be perfect for you.

Let’s suppose, though, that you bought your first vaping device without first confirming its intended inhaling style. In that case, you could find that vaping makes you cough because your device’s airflow characteristics aren’t appropriate for your preferred inhaling style. Your best option is to buy a vaping device that’s designed for the inhaling style you want. Until then, though, you can also try adjusting your current device’s airflow to make it tighter or looser.

You Aren’t Drinking Enough Water When You Vape

One of the characteristics that vegetable glycerin and propylene glycol share is that they’re both humectants – they attract and trap moisture. Because VG and PG have that property, some people find that vaping sometimes tends to make them feel dehydrated. Dehydration, of course, can cause you to experience a sore throat when vaping. If you experience other symptoms of dehydration when vaping – such as a dry mouth or chapped lips – there’s a good chance that you’re not getting as much liquid as you require. Luckily, there’s an easy way to fix that: Make a concerted effort to drink more water during your vaping sessions.

Your Device’s Power Level Is Set Too High

The final reason why vaping might give you a sore throat or make you cough is because your device’s power level is set too high. Having a vape mod with adjustable power is a great thing if you’re an advanced vaper because it gives you the ability to customize your vaping experience and enjoy exactly the warmth and intensity that you want. The negative aspect of using a vaping device with adjustable wattage, though, is that it’s possible to set the wattage too high.

Every vape coil has a suggested power range in watts etched into the side of its casing. You’ll also find the suggested wattage range for a vape coil on its box. Manufacturers test the coils for their vape tanks to determine the power ranges in which they can operate reliably. Although you might be tempted to operate your vape tank at higher than its recommended power range in order to get the biggest vapor clouds possible, the fact is that you’re likely to burn your coil’s wick if you’re too aggressive with your power settings. A burnt vape coil doesn’t just give you poor flavor quality; it’s also very likely to give you a sore throat. Always make sure that your vape mod is set to a power level within your coil’s suggested wattage range.