Vaping vs. Smoking: What Can You Expect When You Make the Switch?

If you’ve been thinking about switching to vaping, you already know the biggest difference between vaping vs. smoking. Switching means that you’re no longer inhaling tar, carbon monoxide or the many other byproducts of burning tobacco. That’s a compelling enough reason on its own to switch to vaping – but as you’re about to learn, vaping also has some other amazing benefits that you may have never considered.

So, what are some of the other aspects of vaping vs. smoking that you’ll discover when you make the switch? We’ll describe some of the biggest ones in this article.

You’ll Save a Significant Amount of Money

One of the biggest differences between vaping and smoking is the enormous difference in cost between the two. You can buy a great vape kit for the price of just a few packs of cigarettes, for instance – and the savings only continue to add up from there. It’s no coincidence that some of the nations in which vaping is most popular – such as the United States, the United Kingdom, Australia, New Zealand and Ireland – also have some of the world’s highest cigarette prices. As you’re well aware, smokers will find a way to pay even the most punitive tobacco taxes if they’re unable to quit.

In many places, though, tobacco taxes don’t apply to vaping products – and even when those taxes do apply, e-liquid is still dramatically cheaper than cigarettes. If you live in a place that has very high taxes on tobacco, you can easily save the equivalent of a modest car payment every month if you switch to vaping. Even in places with lower tobacco taxes, though, making the switch will still put a lot of extra money into your pocket.

You’ll Increase the Resale Value of Your Home and Car

Have you ever shampooed the interior of your car or doused the upholstery with odor neutralizing spray in an effort to eke out a slightly higher resale value? If you have, you know the truth about car sales: Nobody wants to buy a vehicle that smells like smoke. The same is true of houses. Although estimates vary, you can typically expect to receive about 7-8 percent less than the normal value when selling a car if you’re a smoker.

Smoking is even worse for the value of a home, with some realtors estimating that it reduces a house’s resale value by as much as 30 percent. Vaping, on the other hand, leaves no lingering odor within your environment. If you switch now, the smoke smell will be completely gone from your home and car when it comes time to sell them.

One of the worst things about smoking is what it does to your self-esteem. When you were younger and weren’t a smoker yet, you probably avoided close contact with smokers because you didn’t like the smell of smoke on their clothes and on their breath. Now that you’re a smoker, you’re probably nervous that others might feel the same way about you. In fact, you might go to great lengths to prevent the smell of smoke from becoming too evident. Maybe you wear a little extra perfume and wash your clothes in heavily scented detergent. You probably wash your hands thoroughly each time you come in from a smoke break.

Despite those precautions, you’re probably still nervous about how your clothes, hair and breath smell. You might be hesitant about how you approach social situations, which can affect your ability to connect with new people. Switching to vaping will do wonders for your self-esteem. When you know that you smell good, you’ll behave differently around other people – and they’ll be more receptive toward you as a result. You’ll notice the difference right away.

You’ll Improve Your Productivity at Work

It's been estimated that smokers cost businesses around the world hundreds of billions of dollars per year in lost productivity. This may be why smokers are less likely to earn promotions at work. According to a study from NBC News, smokers are also less likely to get hired in the first place, and when they do get hired, they earn as much as 25.5 percent less than nonsmokers. In that sense, switching to vaping actually helps your financial outlook in two ways. You’ll spend less, and you’ll earn more. What could possibly be better than that?

Another terrible thing about smoking is the way it tastes. If you’re a long-term smoker, you’ve probably convinced yourself that you like the taste of cigarette smoke. That wasn’t the case, however, when you first started smoking. You probably hated the flavor and coughed violently. You continued smoking anyway, though, because you enjoyed the effects of the nicotine – and before long, you were addicted.

Cigarette makers have always done things to improve the flavor of cigarettes and make them more accessible. That’s one reason why many governments around the world are in the process of banning menthol or have already banned it. Flavored cigarettes were once popular, but they’re now banned almost everywhere. Even if you can still buy flavored cigarettes where you live, you’re not really going to taste the flavors because nothing can really cover the harshness of smoke.

E-liquid, on the other hand, is available in a virtually endless variety of different flavors. You can find e-liquids that taste like fruits, desserts, beverages, snacks and more – and without tobacco smoke getting in the way, you can really taste the flavors. When comparing vaping vs. smoking, cigarettes can never compete with the amazing variety of vape juice flavors on the market today.

You’ve probably read that cigarette smoke impedes your sense of taste and that people report having a much easier time tasting their food after they quit. When you switch completely to vaping, your improved sense of taste will also affect how you feel about cigarette smoke. If you try to smoke a cigarette after a few weeks of being a full-time vaper, it is no doubt that it’ll taste absolutely horrible to you. 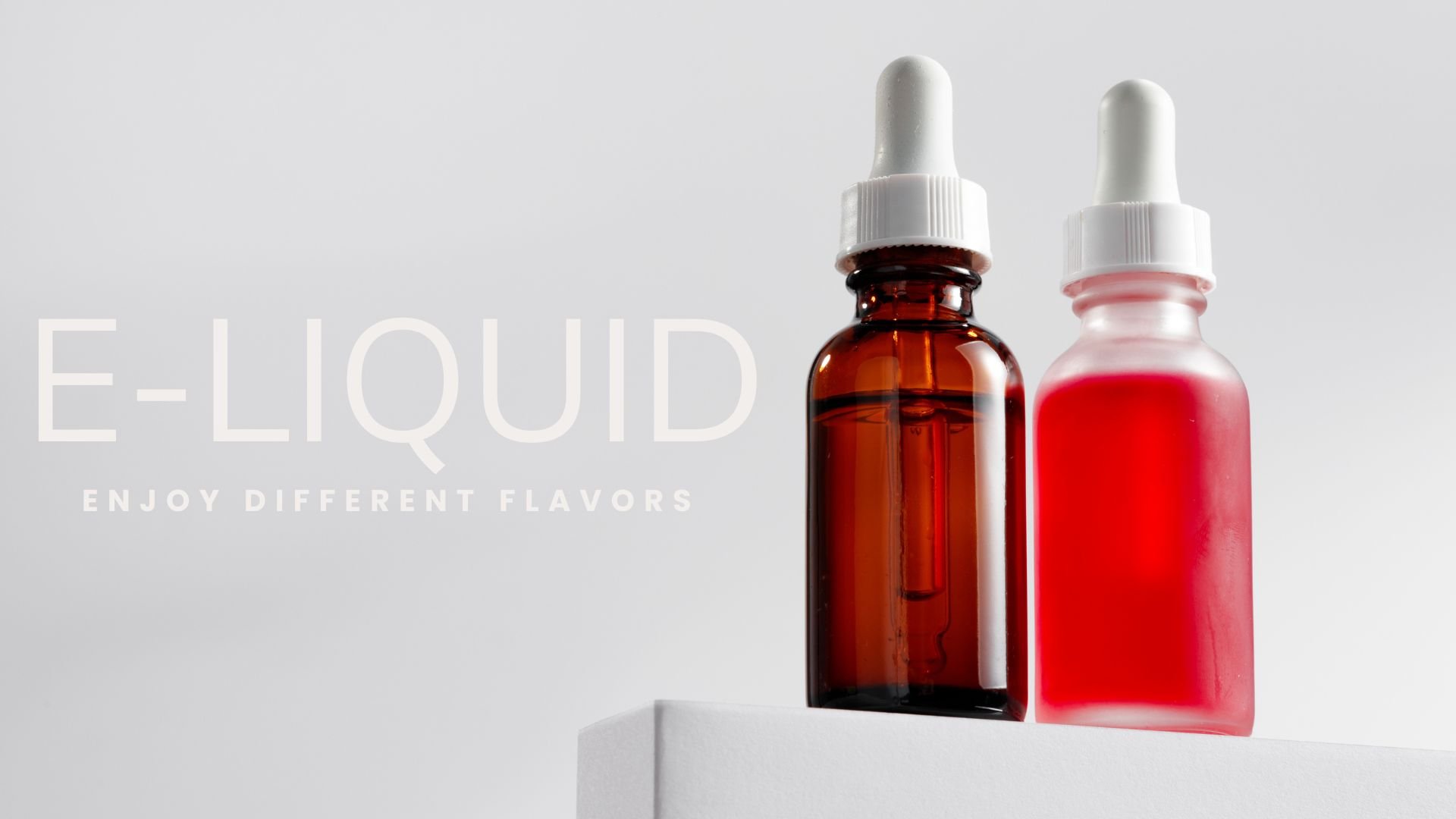 One of the biggest reasons why nicotine replacement products don’t work well is because they don’t satisfy your cravings in the same way that a cigarette does. When you smoke a cigarette, you absorb the nicotine through your lungs. The uptake into your bloodstream is almost instant, and your cravings are satisfied within seconds. With oral nicotine replacement products and patches, you don’t feel the same sense of satisfaction because absorption through the skin or oral tissue is much slower. Even though you’re getting nicotine, you still want to smoke.

Vaping, on the other hand, is entirely different. The fact that you inhale the nicotine means that you don’t have to wait. You’ll feel satisfied just as quickly as if you had smoked a cigarette, and that makes all the difference. You may miss cigarettes at first, but you will probably find the cravings much easier to manage. 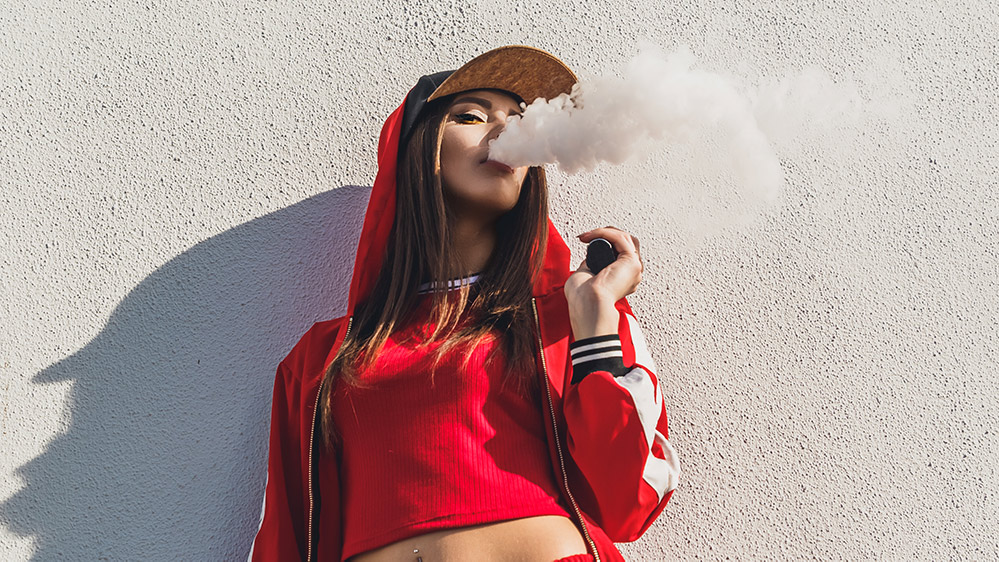 One of the greatest benefits of vaping vs. smoking is that vaping gives you much greater control over your nicotine intake than any other form of nicotine consumption. You wouldn’t puff on a cigarette just one time before putting it out. Cigarettes are expensive – and the flavor of a relit cigarette is awful – so you smoke the whole thing.

With vaping, on the other hand, you’re not required to use your device for a specific length of time. If you want to, you can puff on your device just once before putting it down. In addition to having full control over the number of times that you puff on your device, vaping also gives you the ability to change the nicotine strength of your e-liquid. The most common nicotine strengths range from 3 mg/ml all the way up to 50 mg/ml depending on local laws, so that’s a wide variety of possibilities. If you want to control your nicotine intake down to the last milligram, vaping is definitely the way to do it.

Did you know that some people actually use vaping to quit nicotine? Because vaping gives you so much control over your nicotine intake, you can reduce your consumption as slowly as you like by reducing the nicotine strength of your e-liquid or your number of puffs per day. You can reduce your nicotine intake so gradually that you barely feel it at all. Before long, you’ll be using nicotine-free e-liquid – or you might even decide to quit vaping entirely.